Soooo, after many requests to do so, here is my take on the Quilter MicroPro 200 I had a chance to use on a gig with The New Band (thanks to The New Band for having me!).

We got in our Quilter amps and have spent some time with them in the store to get to know the ins and outs of them. Very impressed. As a group of solid state amps, they have an incredible growl at high volume, where most tube amps tend to respond well, and most solid state amps tend to fade and sound brittle. But in the shop is one thing - on the gig, under the gun with a drummer and very loud bass player is another thing (thanks to Ryan and his 1200 watt rig).

It's so hard to dial in a tone in a music store, only then to have to change virtually everything on the gig! I had a hard time dialing in the right combination of tone and gain in the shop. The controls on the Quilter are incredibly sensitive, so you have to be pretty careful not to just crank the controls up or down. Once I thought I spent enough time dialing in the right combination, I knew right away in the first set that it wasn't what I wanted at all. Took me a few songs to adjust to the different room and volume, especially those setting with a little gain.

So the gig begins, and I, with my Les Paul of 30 years and my pedal board of Fulltone and Boss pedals got into it. What I didn't expect was that I ended up using the built-in limiter ALL night, regardless of gain settings or volume. It is very subtle and did what a limiter should do, at least for me. Another surprise was how much I ended up using the tremolo! Combining the built-in tremolo with the Fulltone Dejavibe rotary chorus gave me a somewhat sophisticated, haunting clean tone for droning chords. 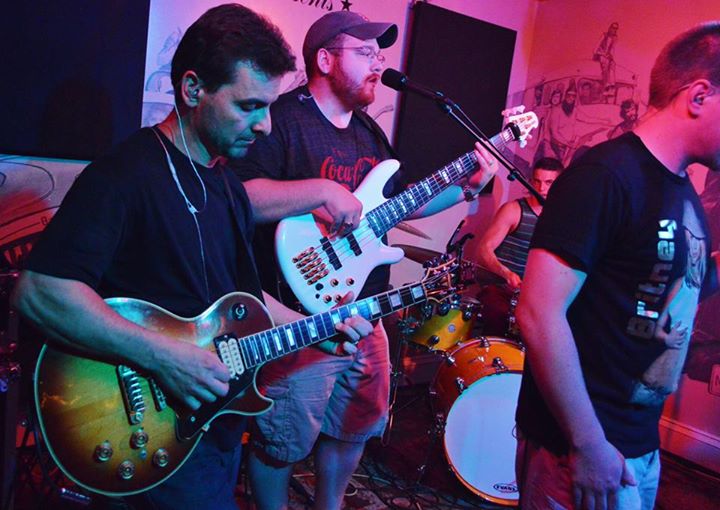 The biggest test for me was whether or not the amp would respond at high volume. There are few, if any, solid state guitar amps that get better with volume, especially when you push them hard with overdrive. I was very pleased that the Quilter did everything I hoped it would do. No dead fuzz, no "farting" out when pushed. At gig volume it gave me a nicely controllable feedback, cut through nicely, and growled with my Fulltone GT500 distortion. Could it be that after all these years of searching that Quilter has somehow solved the crappy sounding solid state amp problem?

The Quilter is the closest thing I have ever played to a tube amp that wasn't a tube amp. And, don't forget, they are made in USA, they weigh between 22 and 34 lbs and don't get hot. Even if you're not looking for a new amp, they are amazing just to try!