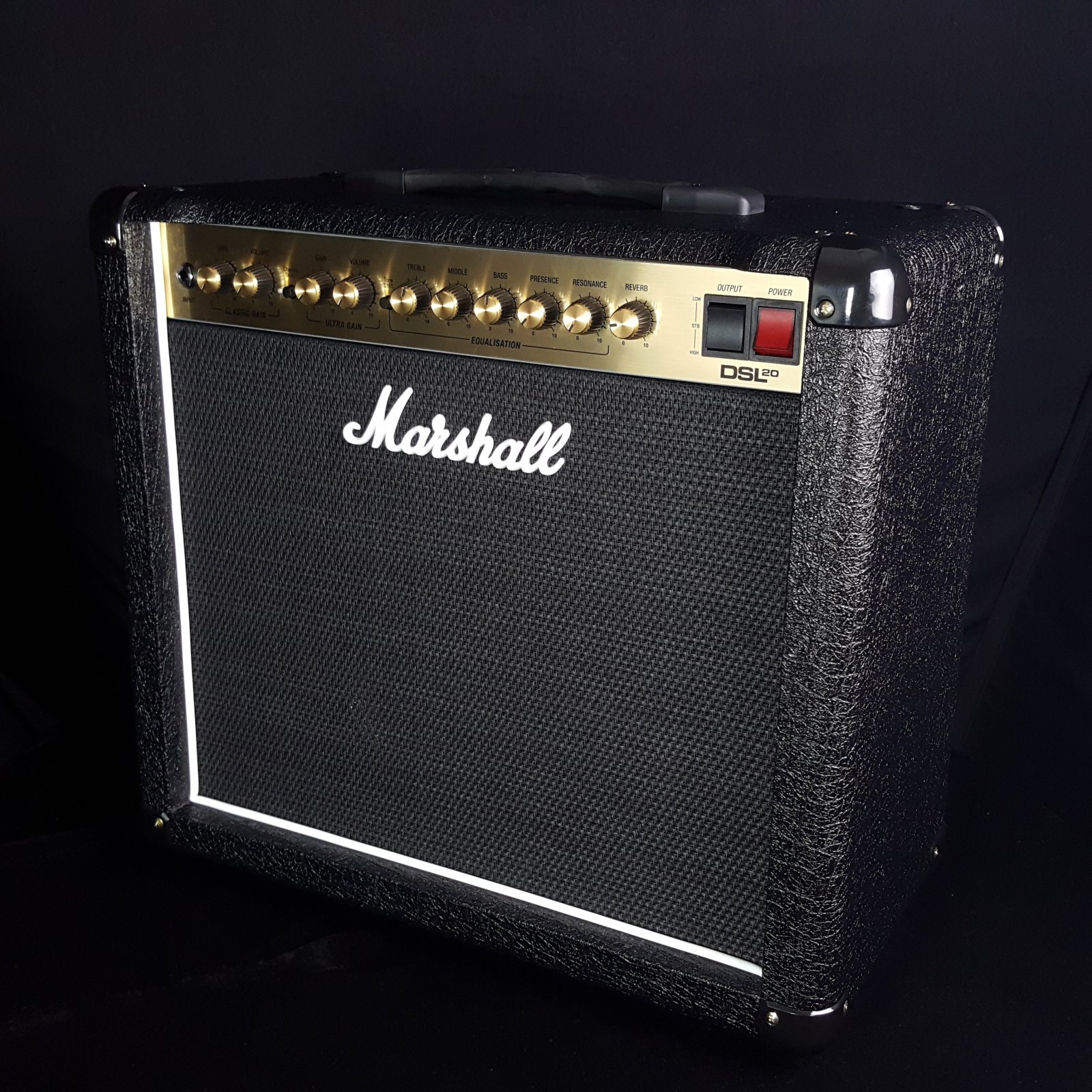 Marshall's DSL20CR is an all-tube, twin-channel workhorse capable of conjuring any classic Marshall sound — past or present. Three ECC83s in the preamp section (in concert with the amp's gain/master volume arrangement) give you stunning tone-shaping mojo, and with two EL34s in the engine room, you have enough volume to rule small bars and clubs. Marshall has gone on to fit this little beast with critical upgrades that give you even more control over your sound. A Resonance control (as opposed to the original's fixed deep switch) lets you dial in your preferred amount of low-end girth. You also get studio-grade digital reverb (instead of spring), high and low power settings, and a rear-panel series effects loop. Marshall has even included a 2-way footswitch for channel switching and reverb on/off.

The Marshall DSL20CR hails from a revered lineage. Marshall introduced the JCM2000 Dual Super Lead (DSL) series amps in 1997. Right from the get-go, these all-tube monsters enjoyed enthusiastic approval by guitarists and the press alike, forming the backlines of top acts in all musical genres and bludgeoning audiences worldwide for a decade before being replaced by Marshall's JVM series (a musical powerhouse in its own right). Considered the go-to rock amp by many tone-savvy guitarists, there is considerable pent-up demand for Dual Super Leads. And thus, Marshall is proud to introduce the new-and-improved DSL series.

Marshall has teamed up with software mavens Softube to create exceptional tones in their CODE series of amplifiers, and they've joined forces again on the DSL20CR. Its line output features an accurate emulation of Marshall's iconic 1960 speaker cabinet, allowing you to plug directly into a recording chain with confidence. Guitarists at Sweetwater love flexible recording options, and the DSL20CR delivers.