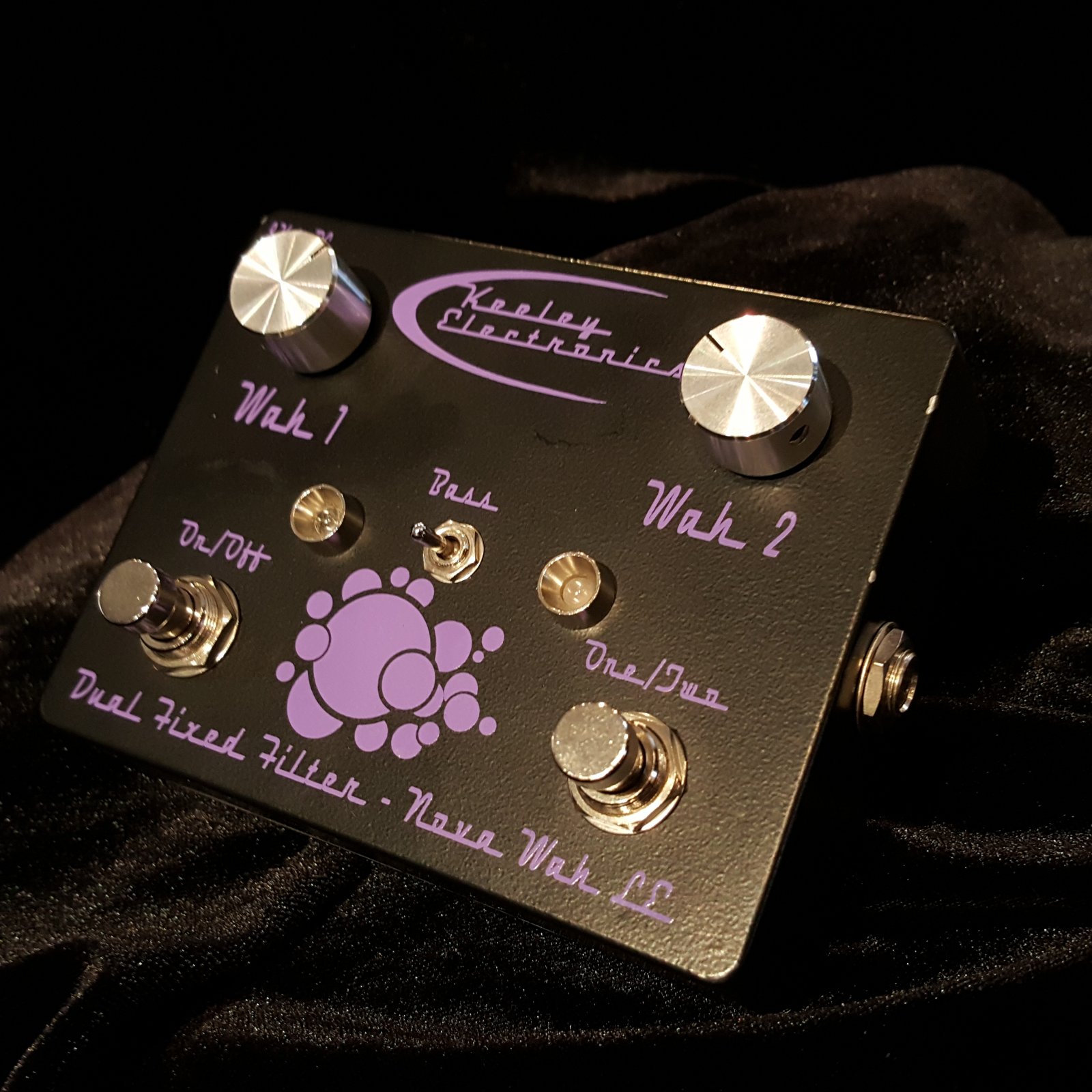 The Nova Wah simulates two fixed-position wah pedals. Use the right Stomp Switch to alternate between the two Nova Wah channels. • The Left Wah Tone Control works when the green LED is illuminated. • The Right Wah Tone Control works when the red LED is illuminated. • The Volume/Midrange Control on the inside allows you to perfect your tone and volume output. • Find your sound by experimenting with the Bass Toggle. Don’t worry where the controls “should” be set; use your ears to guide you. It is possible to use the Nova Wah without an overdrive after it. Brian Seeger, a Jazz/Funk master from New Orleans, uses the pedal with his big-box jazz guitar and no overdrive! Sounds like heaven! But for us mere mortals, an overdrive after it is ear candy!