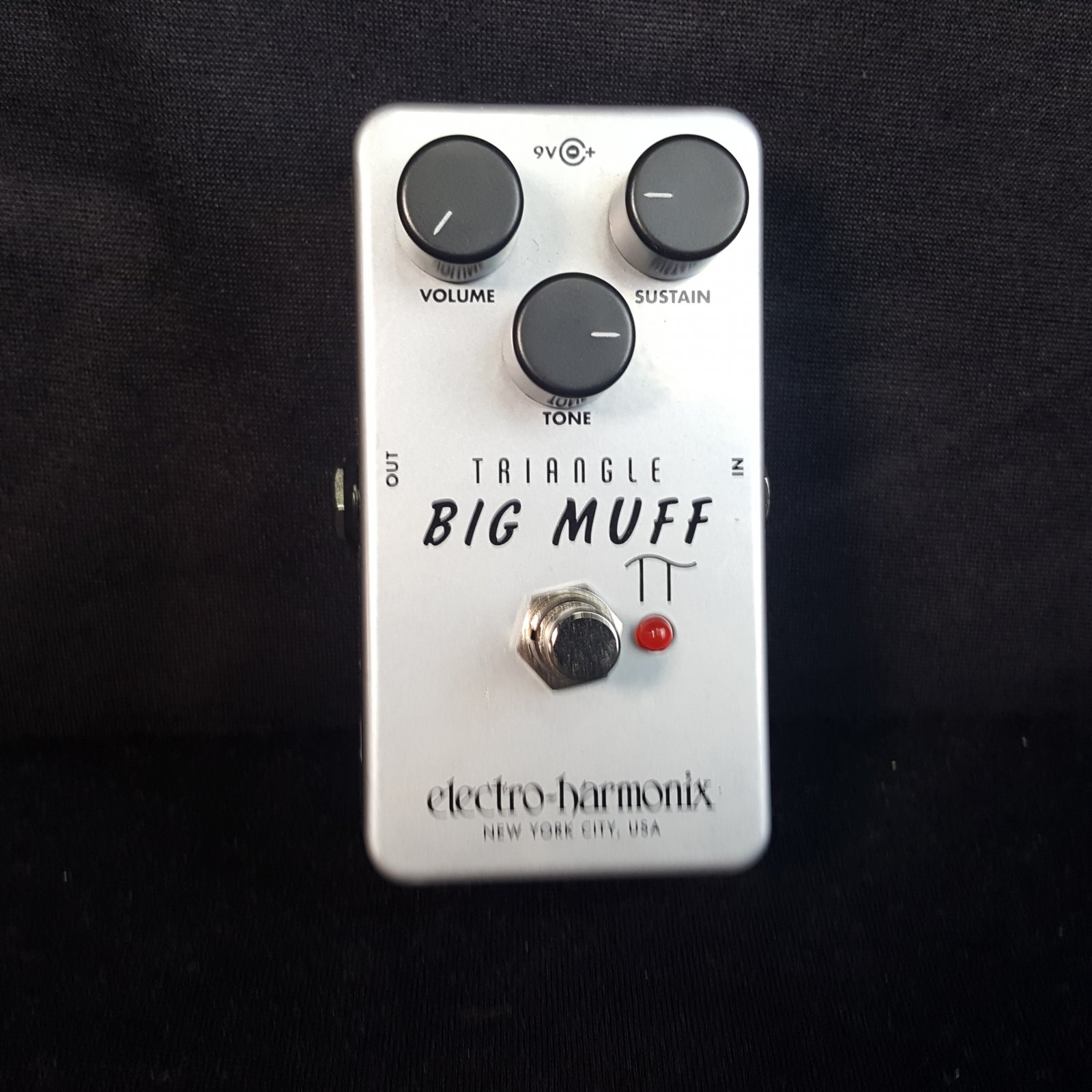 In Stock
Own the Muff that started it all — the Electro-Harmonix Triangle Big Muff fuzz pedal is a faithful re-creation of the original '69 Big Muff pedal. Electro-Harmonix founder Mike Matthews says, "this reissue absolutely nails that creamy, violin-like sustain and musical tone at a price a working musician can afford.” It's the same singing tone heard on early '70s recordings by Santana, Steve Howe, Robert Fripp, and many others, and now you can have it in your own rig without scouring the net for a vintage original. Complete with an LED status indicator, true bypass switching, and your choice of 9-volt battery or optional AC power, the Electro-Harmonix Triangle Big Muff reissue puts an iconic piece of guitar history on your pedalboard.