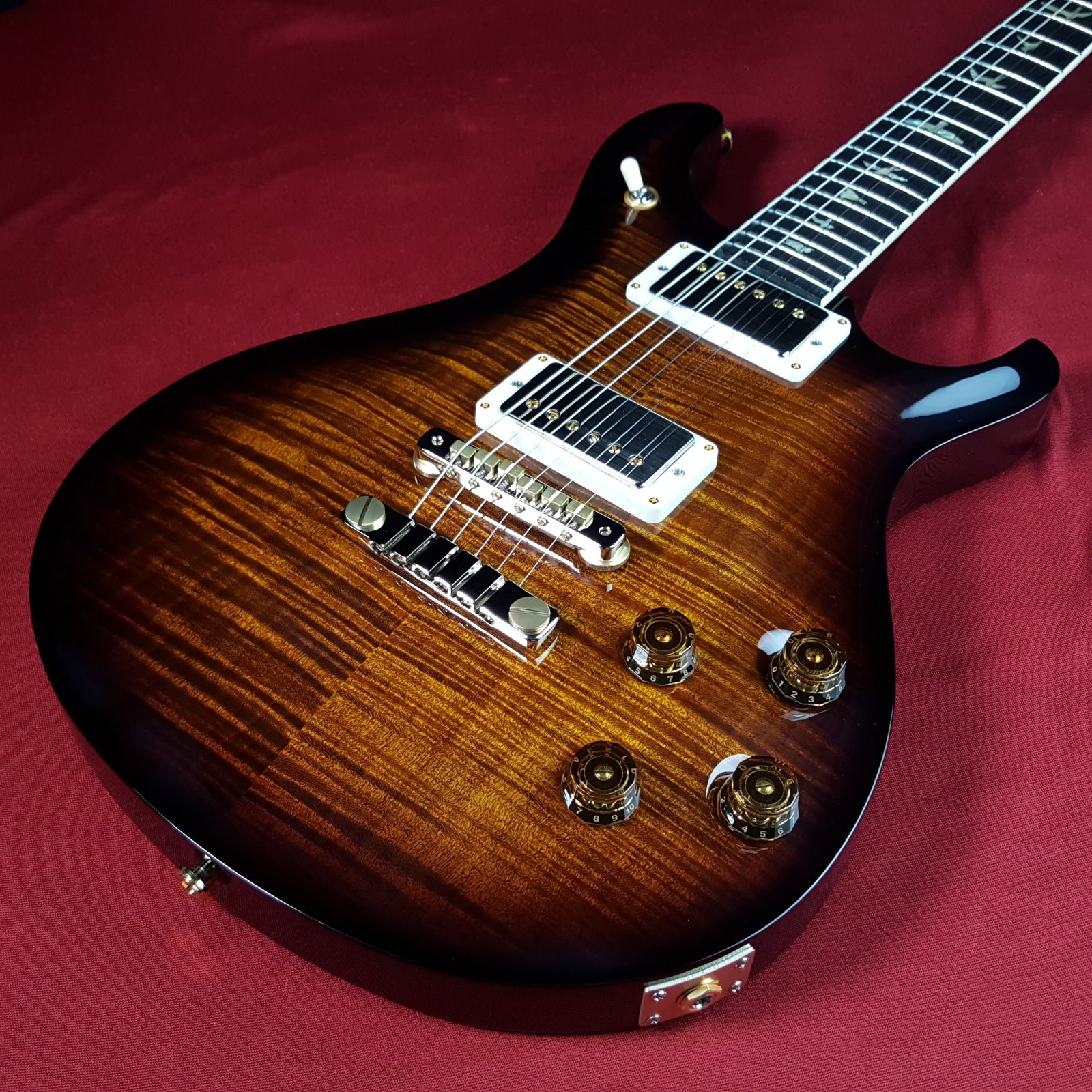 The McCarty 594 is a vintage-inspired instrument that is at once incredibly familiar and effortlessly playable. Whether you are looking for rich, authentic, vintage humbucking tones or nuanced, sweet singlecoil sounds, the McCarty 594 can seamlessly master both sonic territories thanks to the 58/15 LT pickups and push/pull coil taps on the tone controls. The electronics layout, a few key specifications, and PRS craftsmanship combine in the McCarty 594 to create an instrument that plays in tune, is intonated the entire length of the neck, and feels like a guitar that you`ve been playing forever.A few key specifications that contribute to the McCarty 594`s tone and feel are:

A 24.594" scale length, just slightly longer than 24.5" and where the model gets its name.58/15 LT pickups. LT, meaning low turns, which give the guitar a warm, clear tone.
2 volume and 2 tone controls positioned so players can roll off both volume knobs at the same time.
The added versatility of push/pull coil taps for each pickup for more tonal options.
A new Pattern Vintage neck carve, which shares the same width measurements as PRS`s Pattern neck but is slightly thicker front to back and features an asymmetrical carve with a little less meat on the treble side and a little more meat on the bass side of the neck.
Tweaked Phase III tuners have an added set screw that pulls the tuner`s gear and worm together (while "locking" over the worm to prevent slipping) to promote tone transfer from the string directly into the guitar with as little energy as possible being detracted.