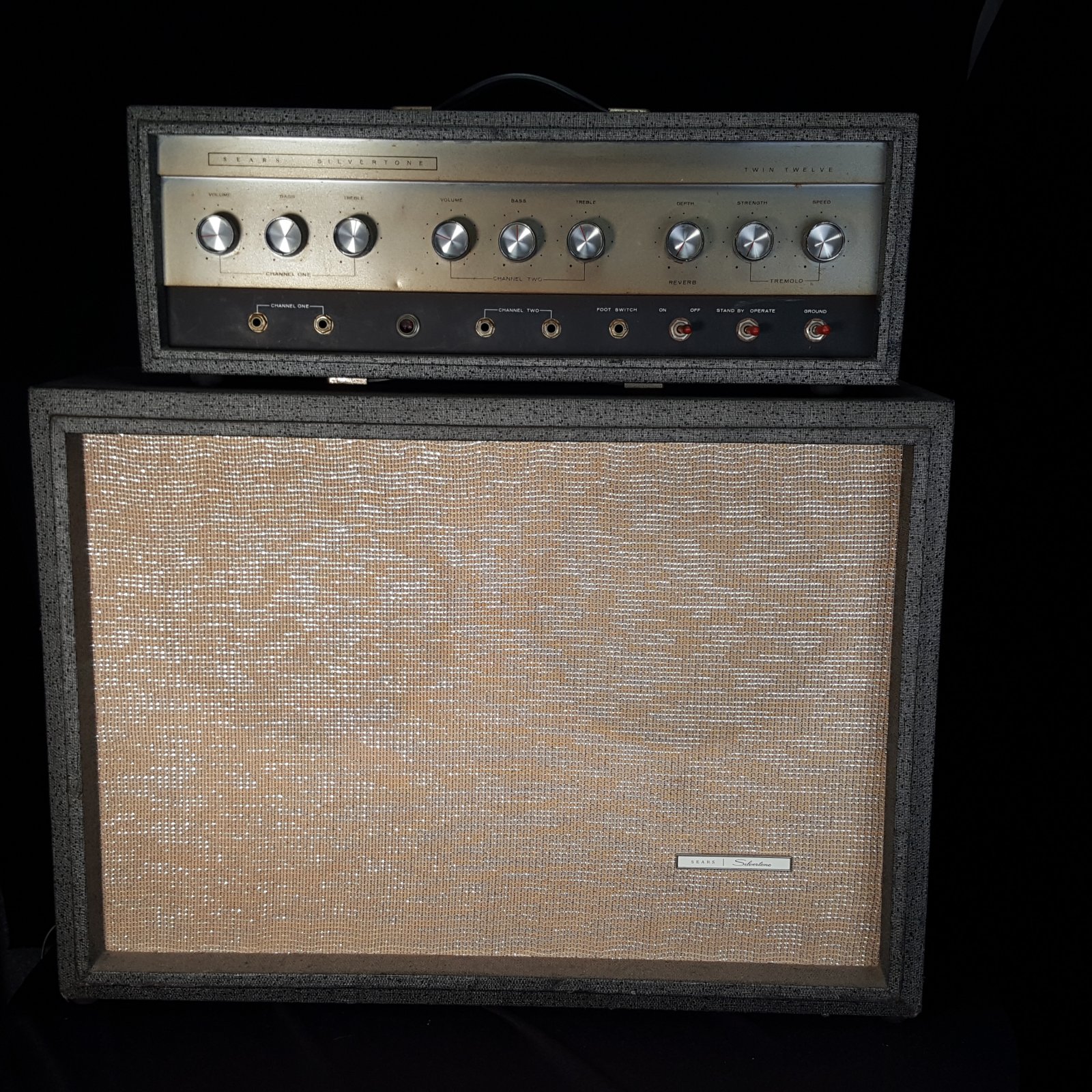 Good working condition.  No footswitch included.  The head is hard-wired to the cabinet.  2-prong original un-grounded plug (we suggest replacing to grounded)

The Dano-built 1484 was a twin-twelve 60-watt amp boasting "clear, mighty sound!" The catalog listing advertised this amp for guitar or bass usage, and had all the amenities you could want in a medium sized (and priced) package: reverb, tremolo, two channels (bridgeable for even MORE crunch!), two matched 12-inch Jensens, and 25 feet of cable to separate amp from speaker cab to "end feedback." Unless feedback's what you wanted. Right, Jack?

The 1484, along with its mighty 6-speakered sister , the 1485, have become the in-demand Silvertone amps of the current era. Onstage and in the studio with Jack White, Beck, and others recently, the awesome and unique tube sound of the 1484 and 1485 proudly powers the punch of some of today's best rock.